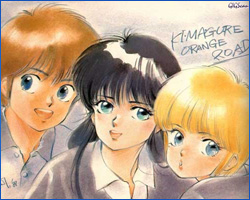 In our first true post-AWA podcast Basil and Lee weigh in on the 1980’s anime classic, Kimagure Orange Road (KOR)!

Fun Fact #1: Basil’s first ever anime soundtrack on CD was bought during AWA 5. It was a KOR soundtrack and costed him around $30 for a second-hand copy. Later on he ended up buying another several soundtracks from another dealer but it only costed him like $12 a disc. He was amazed at his good fortune and wondered why the Kimagure Orange Road one costed him so much. Basil soon discovered out after the con that all the cheap ones were in fact bootlegs and his KOR one was actually legit. D’oh! 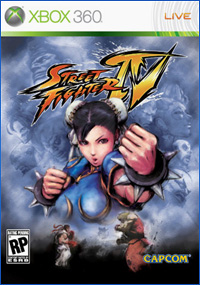 Fan Fact #2: The director for the TV series of KOR, Osamu Kobayashi, also directed another romance drama show called Paradise Kiss as well as the rockin’ show BECK: Mongolian Chop Squad. Even more recently however he guest-directed the fourth episode of Gurren Lagann. By the way this is also the worst episode of the show and caused such an uproar on 2chan that one of the founders of Gainax made fun of the forum-goers, then stepped down from the studio days later. D’oh x2!

In other news something amazing has occured! Street Figher IV is one of the few video games ever to sport the most awesome cover art for the US region as opposed to Japan or Europe! This like, NEVER HAPPENS. But I guess someone in Capcom decided to throw us a bone. So props to that!

… And ignore that we accidently used the old number at the very end there. Use the new number we said previoulsy instead!

Support the OSMcast! on Patreon