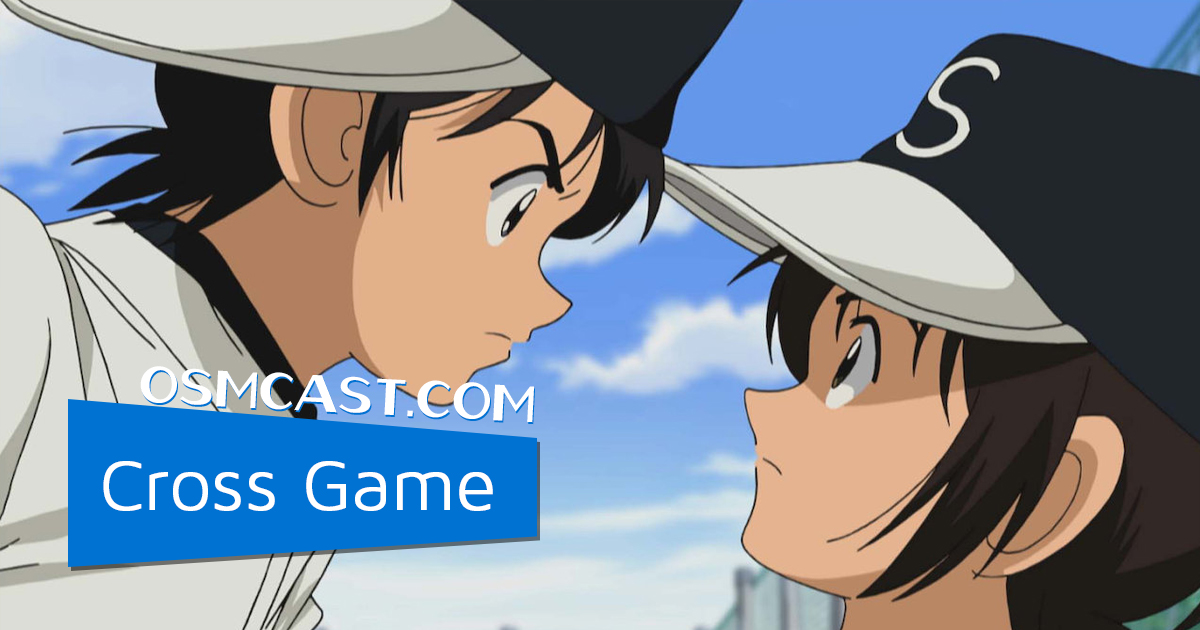 It’s time to hit another OSMcast out of the park as we talk about Mitsuru Adachi’s Cross Game! That said, the only actual OSMcast player on this one is Basil, as everyone else was brought in from other podcasts. We’re joined by the Reverse Thieves: Hisui and Narutaki, as well as by Drew of Akihabra Renditions. So one could say it’s an All-Star team this episode. Also, it’s two hours long, probably because there was no one to keep Basil in check.

Musical Interlude: Girl Talk! Drew’s Moment of OSM becomes the soundtrack to which this episode rocks to. Considering the mash-up nature of this episode, it is somewhat appropriate!

You can stream Cross Game in anime form via Hulu, and you can purchase Cross Game in manga form from Amazon, among other retailers. And you should! It is amazing stuff, that will harm your heart and crush you soul, if you’d just let it!

And if you happen to be in Huntsville, AL this weekend we’re helping throw a pretty awesome minicon on Saturday, where Basil will be running panels and DJ Inubito will be spinning beats.