This latest podcast is all about the anime con that just happened. It’s called Anime Weekend Atlanta. It was pretty awesome. And so here are two nightcap sessions we recorded on Friday and Saturday night. Aside from the usual crew of OSM Central, we also have our ever-present buddies over at Akihabra Renditions. And add that extra something with just adding Basil won’t cut it, Chad Bonin of GaijINside on Friday’s section and Niko of MTAC and GMX fame on Saturday’s section. Oh! And some guy named Dusty who happened to be on the room Friday night. We get the BIG NAMES here folks!

MAJOR SCREW UP: And once again, we apologize for mixing up names on the first half. When we say Rikki Simons, we actually meant Jonathan Tarbox. These two gentlemen are both awesome guys and we feel bad for mixing up names. We blame the fact that it was really late at night. Because honestlt, Tarbox is a freakishly amazing name and I have no idea how we could forget such name. I mean, Tarbox. Man. 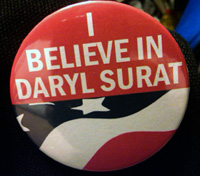 And any other panels I’m not thinking of, were also probably amazing.

… Like Vertical’s which has helped me start working on my Xmas list. See, there was just too much stuff to remember it all.

Speaking of the Podcaster’s Round table, I know one or two new podcast start-ups were there talking to us after the panel was over. EMAIL US. Basil commands this! It is osmcast@gmail.com. Anyone else, they can do this too! But especially the ones I’m talking about you know who you are.

Next week we’ll get real about AWA.

Support the OSMcast! on Patreon